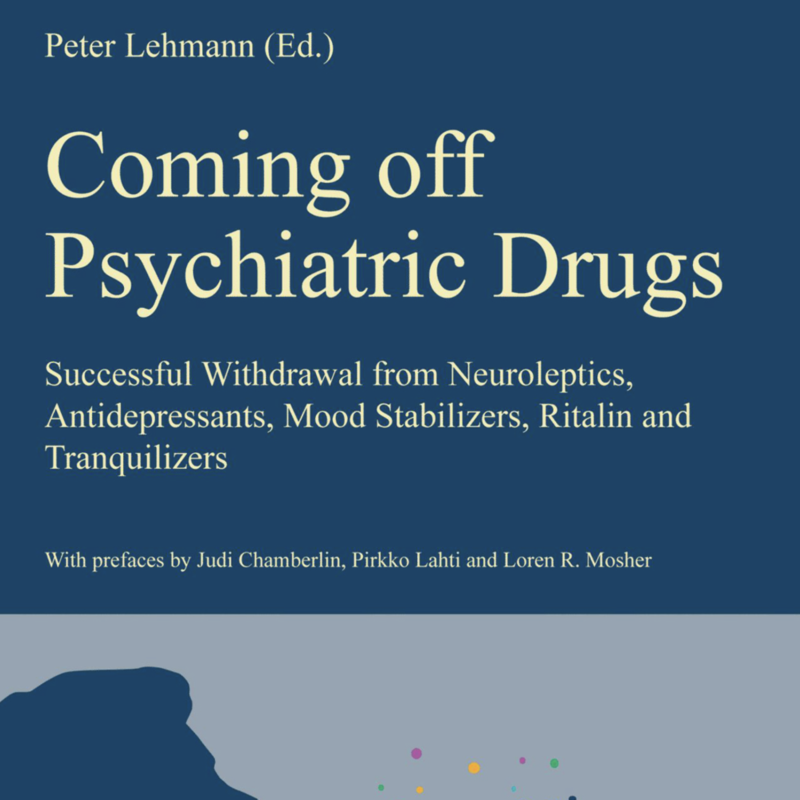 “Coming off Psychiatric Drugs” was the first book in the world about the issue of successfully coming off psychiatric drugs. It primarily addresses people in treatment who decide to withdraw, especially those who are misinformed or abandoned by their doctors. It also addresses their relatives and therapists. In this manual, 26 former psychiatric patients from Australia, Austria, England, Germany, Hungary, Ireland, Japan, the Netherlands, New Zealand, Sweden, Switzerland and the USA – and for the first time, a relative – write about their experiences with withdrawal. Additionally, ten professionals, working in psychotherapy, medicine, psychiatry, social work, natural healing, on the Internet and even in a runaway-house report on how they helped in the withdrawal process.

In the new edition, Susanne Cortez describes the possibility and the necessity of a small step tapering at the end of the withdrawal process after a long period of taking psychiatric drugs, with the example of the neuroleptic quetiapine, in her article “And finally atypically careful.” You will also find the latest information on tapering strips, prescriptions for preparing individually tailored dosages and further possibilities for small-step reduction, as well as suggestions for discontinuing combinations.