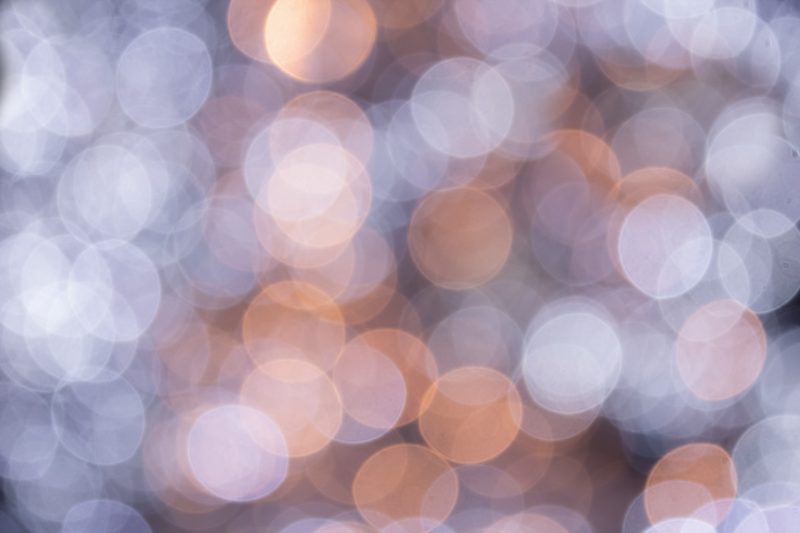 In October 2016 a Scientific Symposium was arranged in Gothenburg by The Extended Therapy Room Foundation. In the invitation one could read:

The number of psychiatric diagnoses and prescriptions of pharmaceuticals to children, youths and adults have sharply increased in Sweden as well as the rest of the Western world in recent decades.

How does this affect individuals and society in general?

More and more people are searching for knowledge about the risks attached to pharmaceuticals and about withdrawal. We have gathered an internationally acknowledged group of scientists, clinicians and people with their own lived experience to discuss this vital issue and present alternatives.

The day was a success, all the talks are published on this website. After the closure, Sami Timimi turned to me and said: We have to find a way to continue”. Later in the evening when all the speakers were meeting for an informal evaluation, Robert Whitaker and I revealed that we for a long time had been talking about the need for an international institute to promote research about withdrawal from psychiatric drugs, and alternatives in practice. After a while, Jaakko Seikkula said: Let´s do it now!

An agreement was made and all the speakers accepted to be part of a faculty in order to promote more knowledge and to get the word out about existing experiences. We decided to work on a withdrawal course to be held in 2017. But first, some formalities had to be done.

The organisation, board and objectives

During a couple of months, a lot of formal things were done in order to create an organization and to formulate statutes and objectives. Robert Whitaker and I are formally funders of the foundation, and the board consists of John Read who is chairman, Peter Gøtzsche, Olga Runciman, Magnus Hald and Robert Whitaker. Since I am now part-time director, I am no longer part of the board.

The IIPDW objectives are to:

During 2017 a withdrawal course: Psychiatric Drug Withdrawal; How, When and Why was held in Gothenburg in two parts, three days during springtime and two days in the fall.  Participants from 11 countries attended the days, and members of the faculty facilitated different topics connected to withdrawal.

The first day started with a warm welcome from all of us in the faculty to each of the members in the group, followed by an introduction about the background for the institute and the course, and an invitation to each participant to contribute with each and everyone´s experience in this matter. The structure was presented and some words about part II which will take place in October. It was also mentioned that we intend to make a follow up after the course and hope the participants are willing to contribute and be part of some data collection regarding the influence the course has on our practice.

We did a “round” which meant that everyone presented ourselves, something about one´s background, expectations about the course, vision for the future and how to get there. It was a magical moment to listen to each one and to be reminded about existing knowledge in the group.

Such a variety of people and at the same time something which we have in common. And this “something” is what we may build on, develop and communicate to others all around. After the “round” we divided the group into three smaller groups which continued the conversations.

After lunch, Sami Timimi made a presentation about his practice, and about research connected to his topic, and he highlighted some themes, as for example there are no such thing as diagnosis within psychiatry, but descriptions of symptoms. He talked about finding strategies in the shared work with his patients and family members and he talked about how to support parents to support their children to get off or never start using drugs. He also talked about how to make space for staff within psychiatry wish to be part of a change, and what is needed to make it happen.

At the end of the day, we invited people to stay for a drink and some snacks in our lovely kitchen. People were talking, laughing and seemed to really enjoy!!

The second day started with a summary of the day before and then Olga Runciman talked about her experiences both as a former so-called patient and as a psychologist supporting people to get off drugs or to never start using drugs. She talked about the importance of not being alone, either for the patient or for the helper, she talked about involving the family, she talked about the fear and how it influences in different ways, both the one whom it concerns and the people around, including the professional helpers. After Olga’s presentation, the smaller groups met to talk about what they found important in Olga’s talk. Or to talk about things related to their practice.

In the afternoon I talked about knowledge which is to be found in so-called ordinary life knowledge, which here means to work together with clients, family homes (a kind of foster homes) and family members, and how this experience has influenced also the professional work regarding withdrawal, including language and actions.

I also talked about my background having a father who for many years was a “psychiatric patient” and how this experience has influenced my work and life.

The smaller groups met again and Sami asked us to talk about what each of us may do until next time due to something connected to withdrawal.

Early on we realized that the group has a lot of shared experience and knowledge related to the topic. Many people articulated how hard it is at times to get the word out in existing traditional psychiatry, but also at university and society as a whole. We realised the importance of working together and to share research data, practice-based knowledge, and not at least all the lived experience narratives.

During part II in October 2017, we followed up each and everyone’s task and listened to Will Hall describing his own experiences and the big international network he is part of through media and training. He brought his many years of clinical practice as a therapist as well as a support group facilitator and patient advocate around medication withdrawal. He talked about best research evidence on what is known and not known about withdrawal with a client-centered and pragmatic harm reduction approach that puts each individual’s unique experience at the centre. Will has trained in Open Dialogue and emphasizes collaboration and working with the relational context around medication decision making, including awareness of power and status in communication encounters.

Robert Whitaker presented a review of the scientific literature that makes an “evidence-based” case for withdrawal of psychiatric drugs, including antipsychotics. He also presented a review of the scientific literature regarding investigations of withdrawal from different classes of drugs, and thus what is known about the physiological aspects of withdrawal from psychiatric medications, success rates related to tapering speeds, and possible biological causes of protracted withdrawal symptoms.

Peter Gøtzsche reviewed the most important biases in trials of psychoactive drugs and discussed what we can confidently conclude about the benefits and harms of these drugs. Peter also lectured on the most important harms of psychoactive drugs, both during treatment and when withdrawing from the drugs and will present lists of the most common withdrawal symptoms, which can be used as guides for patients, health professionals and others when tapering.

Peter discussed the main differences between pharmacotherapy and psychotherapy and what we should believe when patients and psychiatrists differ in their views on drug effects, as both patients and psychiatrists can get it wrong. Peter focused in particular on medication spellbinding, confirmation bias, social desirability bias and the placebo effect, which is consistently being misrepresented in the literature.

Every second month, sometimes more frequent, the board meet by Zoom and make plans for the future and how to move on. The members share with each other news, relevant data and examples for our own and others daily practice. Early on we realized the importance of finding allies in order to get the word out and to cooperate in international research projects. A webpage was created, which the last year has been redesigned, and by support from James Moore, it is an important source of information and data. We welcome people to contribute by articles, personal stories and good examples from practice

In September 2019, personal invitations were sent to people who are dedicated to the topic of withdrawal to attend a meeting in Gothenburg in order to share knowledge, make plans and work out strategies for future. 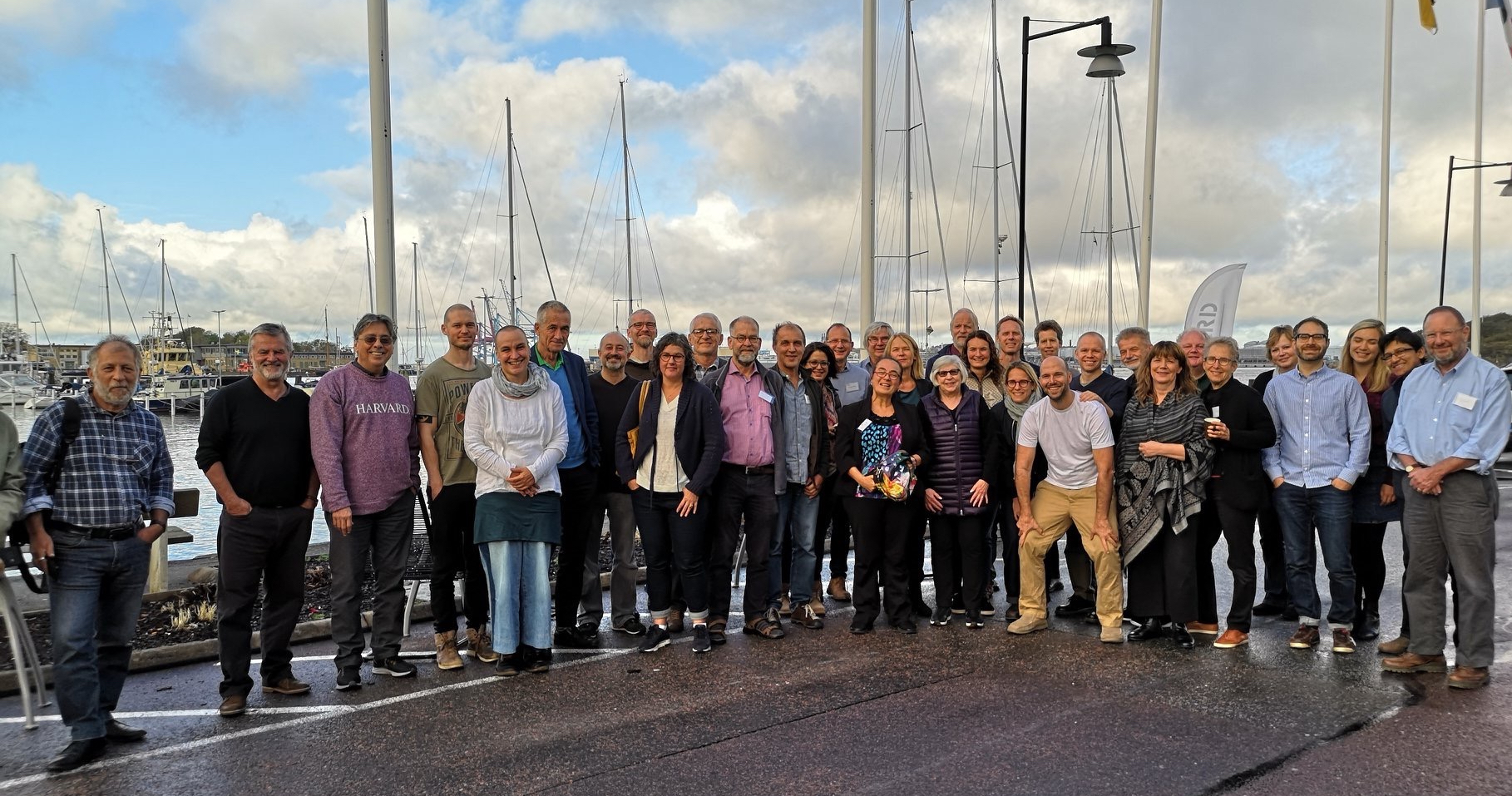 All our hopes for the meeting were exceeded, plans, local and international, emerged from this gathering of inspirational experts and activists. The time for change on this issue has clearly arrived.

The 40 international experts attending the meeting voted to endorse the recommendations of the recent Public Health England [PHE] review of ‘Dependence and withdrawal associated with prescribed medicines’ and pledged to try to implement them in the 15 countries they are from, and beyond. These include:

Participants agreed that besides antidepressants and benzodiazepines other psychoactive drugs, e.g. antipsychotics, should be included. We also agreed with PHE that ‘the goal is to make sure that our healthcare system builds awareness and enhanced decision-making for better patient treatment and support. These recommendations are just the beginning. All parts of the healthcare system and the general population will need to engage with this complex problem and work together to find solutions’.

‘Psychiatric drugs destroyed 10 years of my life. I am so happy that we are finally addressing this issue of how to get off these drugs, which affects literally millions of people”. Olga Runciman, clinical psychologist.

‘Doctors should be able to prescribe the tapering medication strips I demonstrated at the meeting, which are required to stop safely. This is crucially important’. Dr Peter Groot, Netherlands.

‘As an NHS Psychiatrist, I am aware how many lives are ruined by over-medication. We need to recognise that there are alternatives which are more powerful and less harmful.’ Dr Rex Haigh.

‘The strong commitment all weekend, from researchers, clinicians and people with experience of psychiatric drugs was inspiring. The denying and minimizing of psychiatry and the drug companies will no longer prevail’. Professor John Read.

“I return to Brazil with a willingness to help the process of psychiatric reform in my country vigorously address the damage that the alliance between psychiatry and the pharmaceutical industry has done to our population.” Professor Fernando Freitas.

Since the aims for the institute still not attract very mainstream politicians or departments (it will change!) are we depended on private donations, but also affiliates and membership which soon will be announced on our webpage. Fortunately, some private persons have made donations which we are deeply grateful about. Ruth Cooper amongst other associates is investigating where to search for donations connected to organisations and associations.

Next big step for the institute is to run an international conference in Reykjavik where we hope to see people from all over bringing essential knowledge, questions, reflections, hopes and practical strategies. Rex Haigh, Audur Axelsdottir and I have together with the board planned and organized for the event.

Since we are in the middle of a global crisis we are still not sure if the conference will be possible to run in October, it might be postponed until spring 2021. Please let us know if you are interested to attend the event by registering as soon as possible.

Millions of people around the world are currently trying to come off psychiatric drugs but finding it extremely difficult because of withdrawal effects which are often severe and persistent, and because there is so little support available to come off the drugs slowly and safely. This is the reason for the institute to exist, and this is the reason for you to take part, contribute, bring knowledge, ask questions, question and get the word out about another existing narrative.