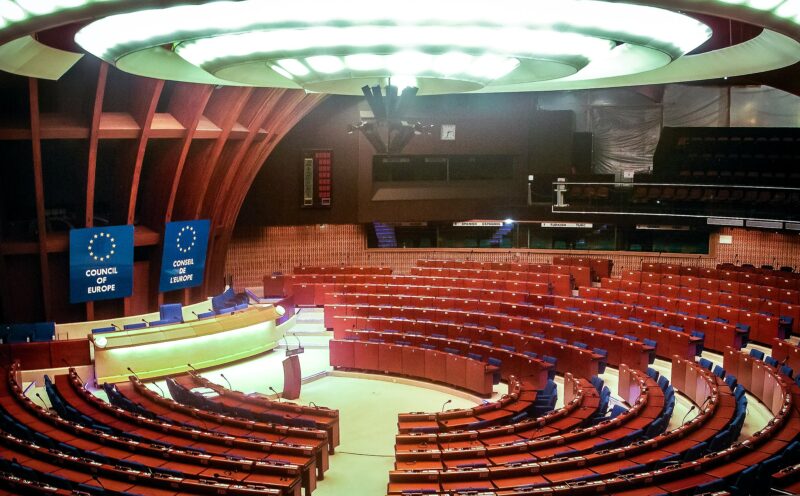 IIPDW has submitted a response to the Council of Europe about their provisional report on ‘Addiction to Prescribed Medicines’, which was released in December 2021. The final report is due to be published in March 2022.

The Council of Europe is Europe’s leading human rights organisation. Founded in 1949, it includes 47 member states, with a population of approximately 820 million, and operates with an annual budget of approximately 500 million. In the Council of Europe, government ministers from each country meet to discuss, amend and adopt laws, and coordinate policies. The ministers have the authority to commit their governments to the actions agreed on in the meetings.

We are very fortunate to have been given the opportunity to comment on the recommendations the Council is preparing to make on this important subject.

Our response highlights that although the report has briefly included antidepressants in its scope, there needs to be more focus on antidepressants, especially considering the recent rise in prescriptions and their withdrawal syndrome.

We also emphasise the need to distinguish between addiction and dependence when talking about this issue, as ‘addiction’ is not appropriate for talking about antidepressants.

And, we ask that the report calls for guidance to withdraw carefully and safely from prescribed medicines.

The response is as follows:

I am writing as Chair of the International Institute of Psychiatric Drug Withdrawal (iipdw.org), on behalf of our Board.

I am also co-author of ‘A systematic review into the incidence, severity and duration of antidepressant withdrawal effects’ (Davies, J., Read  J. 2019. Addictive Behaviours, 97, 111-121), which was commissioned by the UK’s All Party Parliamentary Group For Prescribed Drug Dependence. The review informed Public Health England’s seminal 2019 Prescribed Medicines Review, which we strongly recommend as a valuable basis for decision and policy making in this area. The report’s recommendations for withdrawal support services and a 24 hour help line for people trying to come off antidepressants are particularly valuable and are likely to be implemented in the NHS soon.

The IIPDW is comprised of researchers, mental health professionals and people with experience of withdrawing from psychiatric medications. It was established in 2016, with aims which include supporting the human right to informed choice with regard to psychiatric drugs, and contributing to evidence-based practices for reduction of, and withdrawal from, psychiatric drugs, and facilitating the inclusion of such practices in general practice guidelines worldwide.  We therefore have a specific interest in your report and would like the opportunity to make some suggestions for improvement for your consideration.

The issue of patients becoming dependent on certain prescribed medicines has over the past few years come more into focus, and thus your report is timely and welcome in its aim to make provision for this group of people.  What is noticeable reading your draft, is that its focus is predominantly on prescribed opioids and those drugs which lead people to a form of addiction similar to that which occurs as a result of taking illegal or street drugs.  However, you have, quite rightly, included antidepressants in this document, as you have clearly recognised that taking antidepressants can lead to iatrogenic harm via a range of debilitating withdrawal symptoms.

We respectfully suggest the following:

The IIPDW’s position is that no person prescribed an antidepressant would recognise as in any way relating to them the European Monitoring Centre for Drugs and Drug Addiction’s definition of addiction – “a repeated powerful motivation to engage in a purposeful behaviour that has no survival value, acquired as a result of engaging in that behaviour, with significant potential for unintended harm”.  It has been established that antidepressants do not cause cravings to take more, and that many people do not realise they have become dependent until reducing or stopping their drug and developing withdrawal symptoms. In addition, they become tremendously distressed if they are perceived as “addicts” and their only support is a drug misuse centre (which most refuse to attend).

Equally no person prescribed an antidepressant would recognise as relating to them the statement: “In the case of addiction to prescription medicines, it is usually the result of an insidious and gradual process of giving up control of one’s own life for the sake of relief provided by the medicine, typically to counter physical or psychological pain.”  At the point of prescribing, patients given an antidepressant are frequently told, erroneously, that their symptoms are due to a chemical imbalance in the brain.  They are told that the drug has been chosen specifically to rebalance serotonin, and its role is similar to that of insulin to correct diabetes.  Whilst we know that this narrative has no basis in science, it nonetheless provides a powerful rationale and leads people to believe they are taking an essential medication to correct a biological disease, rather than the suppression of symptoms.

We recommend that the report addresses these differences by using the terms adopted by Public Health England in its Evidence Review into Dependence and withdrawal associated with some prescribed medicines (2019) to distinguish between dependence and addiction.  Further information on this is in the attached Appendix.

“Encourage the relevant Council of Europe bodies to work closely with the World Health Organization (WHO) in this area, including on the possible drafting and issuance of guidance on prevention, identification, management and treatment of addiction to/dependence on prescribed medicines, including support to withdraw carefully and safely, at global and/or Council of Europe level.”

As identified in para 41 by your Danish contacts, “if one addictive medicine is phased out, another one is bound to go up (eg: replacing benzodiazepines with antidepressants”). We have seen recent evidence of this in the UK where, following concerns about the rising rates of opioid prescribing, NICE guidelines on the management of chronic pain in primary care now, unfortunately, recommend antidepressants as the first line of pharmacological management.  Antidepressant prescribing will continue to rise with very limited support services available to differentiate prescribed medication dependence and withdrawal from illicit drug misuse.

We note that in para 17, antidepressants are not included in the list of medicines associated with withdrawal syndromes (as outlined in para 19). They should definitely be included.

We appreciate that para 19 addresses the withdrawal symptoms for antidepressants in some detail. We suggest, however, one correction:

The dose of antidepressant needs to be lowered in a way that gradually and evenly decreases its pharmacological effects.37

should more accurately be:

The dose of antidepressant needs to be lowered very gradually, usually over several months or longer, with the final stages of withdrawal requiring particularly small reductions.

Reference 37 seems to be a mistake as it is to a media story about Covid. You may want to make reference, instead, to the new guidelines from NICE or the Royal College of Psychiatrists, or the research of Dr Mark Horowitz et al. on this matter of hyperbolic withdrawal.

This response is co-written with Stevie Lewis who is a Board Member of the IIPDW, and a person with lived experience of protracted antidepressant withdrawal.

She is a co-author of “The Patient Voice: patients who experience antidepressant withdrawal symptoms are often dismissed, or misdiagnosed with relapse, or a new medical condition” published in Therapeutic Advances in Pharmacology in 2020.

Thank you for taking the time to read our comments.  Should you require any further information or clarification, I would be happy to discuss this with you.

Download the complete document with Appendices — IIPDW’s response to the Council of Europe’s draft Report on Addiction to Prescribed Medicines.

In addition to our response, the Chair of the All-Party Parliamentary Group for Prescribed Drug Dependence, Danny Kruger MP has submitted a response to the draft Report, you can read his letter here.