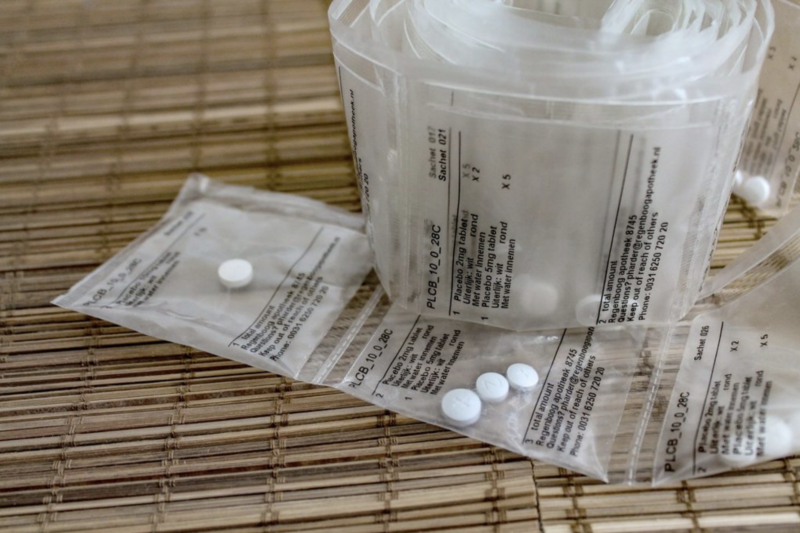 In a recent Op-Ed in the Dutch Newspaper Trouw, Sir Peter Groot calls for health insurers in the Netherlands to reimburse the use of tapering strips for tapering off medications:

Health insurers must reimburse tapering strips that help patients to taper medication, says Peter Groot, researcher/expert by experience of the User Research Center of the University Medical Centre of Utrecht. That will save a lot of suffering and death.

In his very well documented and readable book Empire of Pain, Patrick Radden Keefe describes how the Sackler family caused the opiate crisis. In the US alone, this has resulted in the death of about half a million people. The family made billions of dollars (Trouw, October 16).

The Sacklers knew that oxycodone can cause withdrawal symptoms: the higher the dose and the longer a person takes oxycodone, the more excruciating the symptoms will be and the sooner people will ask for more pills in higher doses.

Knowing this, the Sacklers could have avoided these problems by prescribing oxycodone at the lowest dose that works for a patient, by not prescribing for longer than necessary, and by having patients stop gradually by decreasing the dose in small increments.

However, the Sacklers deliberately misused this knowledge to have the drug prescribed in the highest possible doses to as many patients as possible. They succeeded, partly because they managed to get regulatory bodies such as the FDA on their side.

Withdrawal symptoms also occur with antidepressants, antipsychotics, benzodiazepines, anticonvulsants and other drugs. For years, very little attention has been paid to these withdrawal symptoms and their disastrous consequences.

Only in recent years has this slowly begun to change. This is partly because a practical solution has been available in the Netherlands from 2013 to prevent withdrawal symptoms as much as possible: tapering strips with which patients can finally do what the Sacklers have always tried to avoid in order to become as rich as possible: to reduce the dose gradually and in small steps.

Messing around with medication yourself

The existence of tapering strips is due to patients around the world who have spent years trying to achieve such a gradual dose reduction by fiddling with their medication at home. With nail clippers, cleavers, files, special scales, and so on. They started doing this because their doctors couldn’t prescribe the lower doses they needed. Because pharmaceutical companies, like the Sackler family’s company, never supplied them, while they could have easily done that. The Sacklers, for example, had very high doses made in order to make much more profit.

In 2004 one of those patients, Harry Leurink, a Dutch woodcarver, devised a drug withdrawal strip in which the dose of a drug would be a little lower each day. That idea was the basis for the development of the tapering strips which consists of 28 plastic sachets with the dose of a medicine for one day in each bag. That dose may be a little lower each day. Doctors now finally have the option to prescribe a tailor-made tapering schedule to a patient. If a patient experiences withdrawal symptoms during tapering, that schedule can also be easily adjusted.

Tapering off using tapering strips works very well in practice. Three studies have now shown that 70 percent of a large group of patients who were previously unable to stop taking an antidepressant due to withdrawal symptoms, were able to do so with tapering strips. Nevertheless, the four major Dutch health insurers do not want to reimburse tapering strips because this wouldn’t be the most economical for the insurers.

How this is possible is difficult to understand when we see that the opiate crisis in the US still takes the lives of two hundred people every day and that there are still victims in the Netherlands. The health insurers do not wish to explain their calculations.